When To Spay A Puppy?

According to recent figures, 75 percent of owned dogs in the United States are spayed or neutered.  Spaying and neutering is often done for convenience and some people feel that it makes their pet easier to manage. They don’t have to worry about their dog’s heat cycle or having any unwanted puppies.  Some puppies in the U.S. are spayed at an extremely early age, due to rescue groups and animal shelters.  However, this is not a healthy practice for the puppies involved.  In terms of the puppies and their longterm health, it is much better to wait until the puppies are a little older before spaying or neutering. 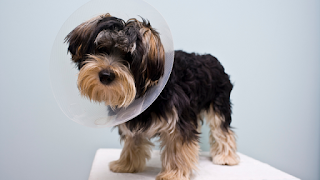 Rescue groups and animal shelters, concerned about having puppies adopted, try to make sure that puppies will not be able to reproduce when they grow up. They do not trust the people that adopt dogs to have puppies spayed or neutered later so they make sure puppies are spayed or neutered at the earliest age possible. This is sometimes as young as eight weeks old, and always before the puppy is four months old.  Veterinarians often like to spay and neuter puppies at this age because it is much easier to operate on puppies at this age than to operate on adult dogs. At this age, spaying and neutering are quick, relatively simple operations.

However, it is not in the best interest of puppies to be spayed or neutered when they are two to four months old.  Puppies require sexual hormones, such as progesterone and testosterone, not just to become sexually active, but because these hormones play a vital role in helping a dog mature physically.  A puppy that is deprived of these hormones by spay or neuter surgery will have lasting physical problems that show up later in life.

The sexual hormones are needed to tell the dog’s body when to close the growth plates.  The dog’s body has growth plates throughout.  Without the sexual hormones, those growth plates will keep growing longer than they are supposed to. Dogs that have been spayed or neutered at an early age will be taller than normal.  They will have lighter bones. They can have narrow skulls and their chests can be narrow.  They don’t have normal bone density.  They are more prone to cranial cruciate ligament ruptures and to hip dysplasia later in life.  They are more prone to hemangiosarcoma and to bone cancer.  And they are more prone to hypothyroidism.  www.caninesports.com/SpayNeuter.html  Spaying or neutering your dog too young exposes your dog to serious health risks later in life.

How Long To Wait?

This does not mean that you shouldn’t spay or neuter your dog.  It does mean that you should wait until your puppy’s sexual hormones have done their work and helped your puppy physically mature into an adult dog.  The best time to spay your puppy is when she is around a year old and when she is starts to physically look mature. This means that her growth plates have closed and she should have the proper bone density.  By waiting this long you will be avoiding most of the health problems that are associated with early spaying.

If you are worrying about your dog coming in season or getting pregnant during the first year, most medium and larger dogs may come in season between 9 and 12 months of age. Most dogs do not come in season twice a year unless they are Toy breeds. Some larger breeds may not come in season for the first time until they are 18-24 months of age.  Most owners can go through one heat season with their dog, without getting pregnant, before they spay.  Your dog will be much healthier in the long run if you wait to spay until she is a year old. The same is true for male dogs and neutering.

Spaying and neutering too young can cause your dog many health problems later in life.  Wait until your puppy is a year old to spay and your dog will be much healthier in the long run.  It is the best thing to do for your puppy.